Risk of rain 2 is a third-person shooter game. Hopoo Games developed it, and the publisher of the same was Gearbox Publishing. It was released as a sequel to Risk of rain. The Risk of rain was released in 2013. Initially, the game was launched for Microsoft Windows and the users of Nintendo Switch, PlayStation 4, and Xbox One. These versions of the game were released in the year 2019. Later, on August 11, 2020, the game was fully released. The version of the game for Stadia came in September 2020.

Risk Of Rain 2 can be played in the mode of a single-player as well as multiplayer. At a time, four players can enjoy the game on the online multiplayer mode. The job of the players is to control a survivor who has been left behind on a planet away from earth. This planet comprises aliens, not humans. To survive, they need to boost their offensive as well as defensive capabilities.

This can be done by looting chests and collecting necessary items. To loot chests and all the required items, the players need to survive the harsh environment and navigate their way over the planet. They need to kill all the monsters and overcome all the obstacles that come their way and then loot the chests and gain rewards.

Like the Risk of rain, the Risk of rain two also involves killing enemies to progress to the next stage or level. This can be done by a single-player as well as a multiplayer that is up to four players. Now upon killing your enemies, you get to experience along with some currency to open chests. These chests have items that help you in surviving on this harsh and cruel planet.

What are the Lunar Coins?

In Risk of rain 2, lunar coins are the mode of currency. These coins can be used to unlock various types of lunar items available in the game. The lunar coins also help you activate Shrines, Newt Alters, and most importantly, the Artificer survivor. Before moving further, let us know more about the benefits we get from the lunar coins in the lunar items and all the items mentioned above.

The list of lunar items present in the Risk Of Rain 2 includes beads of reality, brittle crown, corpsebloom, a gesture of the drowned, strides of heresy, visions of heresy, and many more. Newt Altars are hard to find items available on every level of the game.

They are hidden in very secret spaces which require good concentration and an understanding of the game. With the help of the lunar coin, the player gets teleported to the Bazaar between Time, where he can find the Newt Alters. There is always a possibility of finding 3 to 4 Newt Alters at a single stage.

Shrines are the type of interactives that refer to the objects you come across while moving around different environments in the game. These items are immovable, but you can interact with them as you explore one of them.

Last but not least, the artificer is a playable character present in the Risk Of Rain 2. This character has an extensive collection of skills like ENV Suit, Flame Bolt, Plasma Bolt, ChargedNano – Bomb, Cast Nano – Spear, Snapfreeze, Flamethrower, and Ionsurge.

How to get Risk Of Rain 2 Lunar Coins?

As we have already discussed in this guide, the definition and the importance of lunar coins in the game Risk of rain 2. Let us move further to know about the various ways of obtaining these lunar coins. Some common ways to get lunar coins are:

Another way of earning numerous Lunar coins is through a cheat which requires a specific set of steps to be followed. These steps are

After these reviews, when you run the game next time, the number of coins you entered will be shown. These are the methods you can follow to obtain many lunar coins in Risk of Rain 2. 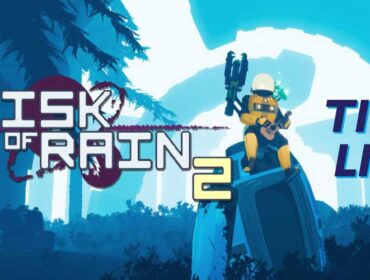 Last updated on March 31st, 2021 at 09:25 am There are lots of playable characters in this roleplaying game, and …