Have you ever wondered how these cool Games are created and how much effort a game developer put in for any game?

Welcome to the best 2d Game Engine 2021, where we will give you an inside review of each Game engine. Some of them are quite popular with the gaming community based on their popular games; users have developed.

Make a game that fuels your imagination.

There are two types of game developers, one who develops games for others and one who develops a game for themselves and sell them. So, decide yourself on which game category you want to land.

If you are a beginner, then we must suggest you start working on your dream, the game you think is right for your good. Do not try to copy a concept or idea from other big games. Try to build small, one-level games that fuel your imagination.

Remember, it is worth going after your dream, and then follow other people’s success path.

Many game developers have created history and make money by doing what they think is good for them. One of the success stories which comes to my mind is ‘Flappy Bird,” which has taken the internet by storm.

Flappy Bird is the story that keeps on accessing that idea, where you are required to follow your dream without being compelled by any other person.

We recommend starting with those game engines which have their ready-made game environment and free assets to start with. To test your imagination, all you need to make a small game and build it with that game engine and play it on your PC or Smartphone.

Just think how beautiful it is to start playing your own game and sharing them with your friends for playing.

Unity is one of the best 2D game engines in the industry that fuels many games and developers’ dreams. It makes some of the most promising and beautiful games such as Angry Birds 2, Lara Croft Go, and Pokémon Go.

Unity is the first choice of game developers if you have money, as all the assets and other game requirements are costly. You need to be an expert in game-making; then, you can use all these game development kits.

Unity game engine comes with a big community and tutorials that you can use to develop your first game. But to begin with, there is no free trial, and you need to churn out $25 monthly for a Plus edition.

Considering the monetary issue, Unity is costly, but it has a considerable market share. It covers 45% of the gaming market with their game engine. Almost every 2nd game developed in the Mobile Game develops using the Unity game engine.

Why is the Unity game engine most popular?

One reason for this question is that they are robust and adaptable to all environments. Unity game engine is very robust, and they do not get scramble under thousands of threads by the game.

All the Big game developers make their game engine to support their games. One thing that every game developer looks for is the ability to handle the significant request and thousands of threads and process them in real-time.

If Unity is the no1 in the gaming industry, then the Unreal engine is not far behind. Developed by Epic Games engine, this game engine got many awards and even Guinness Book Of World record for “Most successful video game engine for the year 2014.”

But that was the year 2014, and this is 2020, we have come very far away. Technology keeps on changing with time, and whoever does not embrace technology becomes obsolete.

Unreal engine is written in C++, and if you have sound knowledge of C++, then you can use this Unreal engine with ease. But wait if you don’t know, then also you can build a game by following the guide from their official website.

You can create fighting games, MMORPGs, and strategies games, including physics law defining games, depending on your platform. It supports all primary PC, game consoles, smartphones, and works on Virtual and Augmented Reality.

If you want to make a game for Mobile Smartphone, you should consider using Construct 2 and Construct 3, which is based on HTML 5 platform. The game is very easy to make, as this does not require any coding.

You can make a game with astronomical features within 10min. All you need to do is to import the game tutorial and follow them.

Construct 2 is developed by Scirra and has many features that will blow your mind up. You can make your game and get an instant preview with all the live events.

The main thing which makes Construct 2 and Constructs 3 unique is “NO requirement of Codes” you can make all events and visual effects with one click.

It has many features which do not require any coding, some of them are

No coding requires, you can make them with human-readable one clicks events. You can select events with predefined conditions and actions present in the Game engine.

Click on the events, apply the condition, and get it to execute when that condition occurs.

you can put some high behaviors for your characters and objects. All have predefined behaviors such as speed, acceleration, gravity, jump, and destruction.

Unlike another game engine that requires complex coding and requires all code should be right to get those events or level run. This game engine does not require anything of them.

You can do an instant preview and check all the events and condition which there in those levels are viable.

You can use over 70 predefined WebGL-based pixel Shader effects to your game objects and environment. Do whatever you have in your mind like warp, Distort, Mask, Blend, Blur, and re-colo.

One to the best feature of Construct 2 and 3 is their multiplatform export, which can be done for iOS, Android, Facebook, New Grounds, Firefox, and Windows 8 Apps.

Construct 2 has more than 20 build-in plugins with over 20 behaviors and more than 70 Visual effects.

One of the best game engine platforms for drag and drop event-based game development is GameMaker Studio 2.

You can start building your game in minutes with some tutorial and ready-made script available on the game engine’s official website. You can ask a question in the game engine forum for any help and get fast help depending on your question.

Cocos2D-X is relatively new in the game engine and was released by Facebook. It makes some of the powerful games which are very small in size.

It supports an open-source game development Platform where people can take other game code and make it for better use. You can use this platform for making a new game and develop a new code.

Cocos2d-X includes workflow, resource management with scene editing, and Game previewing. You can debug the game with ease and publish your game to multiple platforms for free.

A secure platform to try developing the game.

Do you know the LUA language? If the answer is yes, then you should try to build a game in Corona SDK- 2D game?

Depending on the game complexity, you can use different LUA language help and develop the small Game in the Corona game engine. It has some unique features and has a robust game engine with lucid game flow.

Lua language is as powerful as the C++ language, which is the game engine’s de-facto standard. Lua is easier to understand and implement than C++.

You can get some guidance on Corona Lua script on the official forums with huge fans and game developers supporting the programming language.

If you are an Apple platform fan, you can safely download Spritekit -2D sprite, which is developed by Apple. Spritekit only supports iOS and is very easy to develop the game on this platform.

Spritekit supports Swift and Objective-C language, which means you need to know any of these languages to operate Spritekit. One of the unique features of spritekit is, no need to download any extra plugin or libraries as this is only for the iOS platform.

Well, give it a try if you only want to showcase your Game to Apple platform users.

All Apple product including Smartphones

Clickteam Fusion 2.5 is a game engine solution for all 2D types of games that can be built quickly and tested using a different platform.

The fusion game engine has an easy interface that can edit all the events in the levels. You don’t need to remember any programming language as they have predefined events and conditions.

You can use the free library for assets and objects.

As the name suggests, Amazon developed Lumberyard, proving its mettle in the game industry. You can now make use of the free Amazon Lumberyard game engine and make a new and robust game.

Lumberyard support all platforms and you can seamlessly publish your game on all platform.

You can check the respective website for the particular game engine if you are still unsure how to develop games. They harbor many tutorials and game assets that you can use in your own game.

What is most important is to develop and finish the pilot project with or without any fancy game assets. If you find that your game is good, and people love playing this game, you can add wow factors and assets later on in the game. 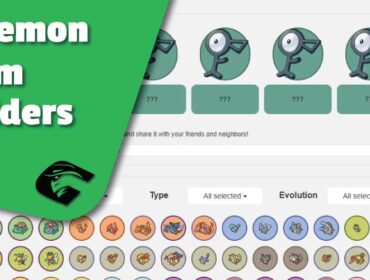 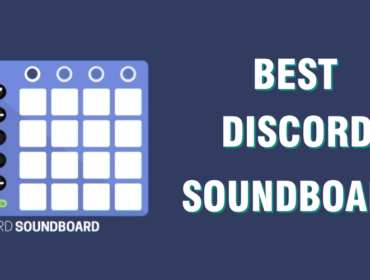 A great way to make your Discord experience better is by using a soundboard. The right melody at the right …