Can you infect the Whole World Population and wipe them out with your own Combination of Diseases?

Welcome to Plague Inc. where you need to use the advance strategy with a mixture of high-level diseases to wipe off humans.

Developed by “Miniclip.com” and installs over 5 Million apps from Google Play Store. This game has created some ripple around the world for the disease model which is included in the game.

Game developers also got a chance to speak at CDC in Atlanta about all advance disease model which are presented inside the game.

“Plague Inc. is full of fun and lesson” – London Metro

Look out the Pro tips:

12 Tips and Tricks of Plague Inc. to clear the levels

We have summarised some of the best methods by which you can clear the whole levels without spending real money.

As the game will progress, many players complain about the slow infection rate of the human.

They all claim that; game make it impossible to clear the levels without going for an in-app purchase.

So, we have decided to rope some pro players of Plague Inc. into giving tips to clear all levels without any hassle.

Follow these Pro tips and tricks and keep on the steady progress of infecting humans.

Before you start spreading deadly agents on the world, you need to know what characterizes each Disease Agents holds.

Depending on the disease spreading agents, you can test how to make mass destruction disease.

Target those countries which are not well funded for research and has maximum population Choose African countries over Asian countries like India, Pakistan or Bangladesh.

Test your pathogen there and see if you can wipe the whole country with your mixture of not.

Remember, whenever you start your attack on any country, depending on the financial condition of the country, they will start research on the epidemic.

You should be prepared with your next phase of the attack so that you can spread your disease quickly.

3. Take down all isolated Island

Try to take down isolated Island first, with your portion of the pathogen.

Island-like Greenland, New Zealand, the Caribbean, and Iceland, will pose greater resistance later in the game. So, you need to invest in these Islands first and wipe out the whole population there.

When you are able to take down all isolated Island, then you can focus on other countries.

Pro tips: take the plague mix with bacteria to wipe these Island

You need to check trends and graphs available in-game to get the clear idea of disease going viral at the movement.

There are two things in the game

You need to know that these two are different from each other and they give entirely two different meaning.

It means that you are able to infect all the human race with your deadly disease.

It also means that you have not won the game, many humans are infected, but they show resistance to the disease. You need to wipe all human beings in the game to win the level.

You can either check Bacteria Plague or Fungus Plague to start your attack. If you chose Fungus Plague, then you can increase its effectiveness by Spore burst ability.

This is a special ability of Fungus Plague, which can go un-noticed in the long run. You also need to upgrade Transmission carrier for Fungus Plague.

When you choose Plague pathogen, try to choose Bacteria as an agent. Try to upgrade all the available mode of transmission of bacteria to reach out fast.

Bacteria is deadly and can wipe out human easily, but you need to focus on its upgrade and transmission system.

Bacteria can get cure also very fast, so start with a small or poor country to test your pathogen effectiveness and power.

Nano-virus has some great ability to travel faster and wipe out the human population. Use Nano-virus to all poor countries and isolated countries to wipe their population

Nano-virus can also get fast antivirus, as a human can find out easy the cure for this disease. To avoid its cure, you need to slow down the cure process and keep on spreading the disease.

You need to invest on Virus pathogen to upgrade it to Second or third levels.

One thing which you need to know is a virus is the modern weapons after nano-virus which can wipe the human population fast.

Keep on upgrading on Virus pathogen for its second or third levels and transmission power. Also, invest in slowing down the research on cure process to hide your Virus.

Invest in drug resistance ability of the virus which will help you in the long run of spreading of the virus.

Bio-weapon are really catastrophe as these are ban in the real world. You can use this Bio-weapon to neutralize the whole population of the small countries.

Remember, bio-weapon cannot kill all the population as its spread through air, water or touch.

You need to keep on upgrading your Bio-weapon for transmission, which is the key component of spreading of bio-weapon.

10. Use Necro Virus to finish the game

When you reach the last stage, you will find it is very difficult to clear the last survivors. To clear them you need to use your ultimate weapon, Necro-virus.

This virus is strong enough to evade detection and keep on changing its core. This makes it difficult to detect and find a cure in time.

Make sure you have research or upgrade it to a high level to give an effective last blow.

Pay attention to the in-game news and Global events.

These are the golden chance to make everyone infected with the disease within the shortest possible time. You can also make pathogen like Fungus Plague which is difficult to detect at the start.

Try to utilize this global event as testing and spreading your pathogen at correct moments to wipe the entire population.

Check for combo’s sickness which occurs when the certain disease goes viral in the population.

So, these are the 12 Plague Inc. tips to wipe out human and win the game. Pay attention to all combos, news headlines, and your pathogen to spread disease.

Use all the Pro 12 tips and tricks given in the article to unleash global virus and eliminate all human. 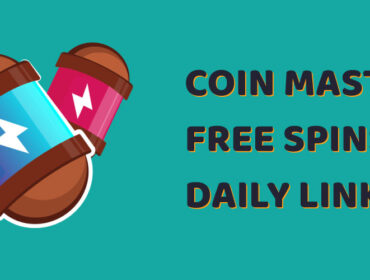 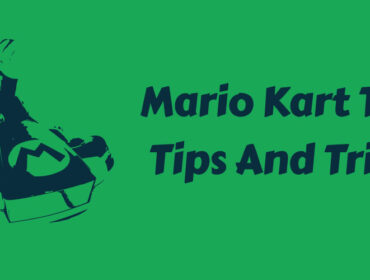