On the desolate plains of Eidolon, night has fallen, making the plains colder and more hostile. The ground trembles in fear under the weight of the prowling monster, the mighty Teralyst.

A chance encounter with this creature can kill a novice, but with a powerful Amp, a Tenno can escape from this creature or even defeat it. If all this seems gibberish to you, get away from this article and come back only after playing Warframe.

The objective of every warrior is to best the Teralyst or, at least, escape from its clutches. This article serves as a definitive guide to what Warframe Amps are! The components of each Amp, and how to manufacture one’s own Amp, to defeat the Teralyst and cruise on towards glory!

What is an Amp In Warframe?

For starters, an Amp is a customized device used by the operator that intensifies the power of one’s Void Beam. The laser-like beam that comes out of the operator’s hand when the primary fire button is pressed. Amps increase the beam’s power, thereby boosting the amount of damage that your beam can cause.

Further, they help in increasing the power of the beam without compromising on other features of the Void. With the Amps, the laser beam can also be modified into projectiles and ammo for primary and secondary firing, making it a versatile and powerful weapon.

To achieve the first Amp, one must complete the following two quests: Saya’s Vigil and The War Within. Saya’s vigil is completed when one meets his first bounty in Eidolon.

The War Within is available only when one achieved the Second Dream. After one completes Saya’s Vigil and The War Within, one must visit the squad termed Quills on Cetus. There, one will be provided with the very first Amp- the Mote Amp.

The Mote Amp is just a basic Amp, and in most cases, players don’t know how to build Amps on their own. Hence they are left to manage with the Mote Amp, which greatly impacts their chances of winning and puts them more at the risk of being defeated by the Teralyst. Hence the gamer must learn to build his/her own Amp, which confers them greater versatility and power.

Each Amp consists of 3 parts- the Prism, the Scaffold, and the bracing.

There are several subcategories under each section. To obtain each subcategory, one must unlock it but purchasing it using Standing with the Quills.

The Prism impacts the Amp’s primary fire; the Scaffold affects the secondary fire while the bracing provides a boost to the weapon by giving a whole new range of bonuses to choose from.

As the gamer progresses with each level, his standing with the Quills improves. That can be cashed in with the quills to obtain blueprints of each component.

Despite only providing a boost to primary and secondary fire, braces have a huge impact on parameters like critical chance, status chance, recharge delay, and recharge rate. As Amps do not eat into the Void’s energy, they have their own source of energy.

The user must keep track of this to ensure how much energy is still left for the Amp’s consumption. Hence, an Amp’s energy usage depends largely on its boost, especially its recharge stats, so that energy can be regenerated.

Gilding an Amp is Warframe lingo for increasing their stats to the original values. Each tier of an Amp’s component can be unlocked, and its blueprint can be obtained only when one gets friendly with the Quills.

First, the gamer must boost the rank of the Amp to level 30. After this, one must reach at least the 3rd title in Cetus or Fortuna and approach either group for Gilding one’s Amps.

If one wants to increase their Mastery XP, one must mandatorily Gild their Amps. Only the first component of each Amp (ie) the Prism confers Mastery XP.

How are Amps named?

Before customizing one’s Amps for the best build, one must learn how Amps are named. Amps are named based on the number on the tiers of their components (ie) Prism, Scaffold, and bracing.

How To Construct Amps?

Once the Amp components are obtained after unlocking multiple levels, which also implies getting into a long-standing relationship with the Quills, their blueprints are given to the gamer by the Quills.

Based on whether the player wants a Cetus or Fortuna component in his Amp, he can mentally design his customized Amp and go to the Foundry. Upon reaching the Foundry, he has to build the individual components. Once he returns, he must visit the Quills, hand them the blueprint.

Only then he can click “Amp assembly’, for assembling his customized Amp out of its components. With about seven subcategories under each component, there are multiple combinations that a user can choose for designing the customized Amp.

To make the best use of this customization option, one must unlock all the tiers, and for that, one must ‘maintain a cordial relationship’ with the Quills.

How to Gild an Amp?

To Gild an Amp, one must reach the level of Adherence’, a critical position in the Quills hierarchy. After that, one must visit the Quills at their enclave. After inquiring about other services, one gets the option of Gilding their Amp for 5000 standing.

Further, when one reaches level 30 again, one is gifted with Focus Lens, and Virtuous Arcane Enhancements, which help to add various other boosts to the am, as the player progresses to higher levels. However, the amount of Mastery XP that one gain depends solely on the Prism component used.

Guide : How to build the best Amp?

The best Amp is an ambiguous or rather a relative term because the merits of an Amp largely depend on how useful it is to the user and the key features of its components.

Before embarking on building an Amp, a user must ascertain his/her requirements. The gamer must check the utility of semi-automatic or fully automatic components.

Further, one must choose an Amp with high power, sustains for a reasonable amount of time, and recharge faster. One must also look for valuable add-ons, angle one wants to fire, whether one needs to constantly keep moving between targets and the amount of ammo one can afford to use.

Additionally, one must also estimate the amount of protection the Eidelons have through their fields and arrive at the right amount of fire, ammo with suitable penetrating power. Only Amps can destroy their shields.

Each component must be chosen based on the purpose and value it adds to firing. Whether one is firing over a short, medium or long-range, whether one requires Punch Through Projectiles to penetrate the shields of the Eidelons. Grenades that burst on contact or seek to cover a wide Area of Explosion (AoE) and inflict more damage.

With each user having their tastes and gaming needs, one can’t single out one combination and rank it the best. Though building Amps might seem easy, it is challenging to build the individual components themselves, before assembling.

Hence the user must carefully evaluate his needs, juxtapose them with features offered by each tier of the element before building an Amp. 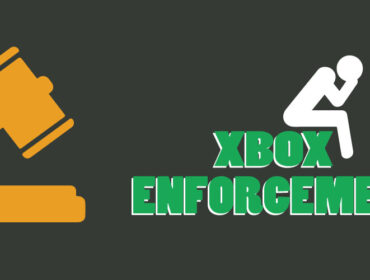 Last Updated on March 31, 2021 This article deals with the Enforcement United Program’s workings, which is popularly known as … 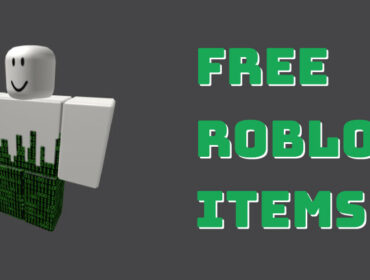 Last Updated on March 31, 2021 Roblox is an online game platform founded by David Baszucki and Erik Cassel in 2004 …