There are lots of playable characters in this roleplaying game, and the fun exercise is to build up the Risk of Rain 2 tier list. With too much fierce competition, it becomes difficult to level the characters because every character is unique in their way. There are certain circumstances while playing through which we can rank the players.

The toughest challenge in the game is the monsoon difficulty; hence one can characterize the players through this level quickly. But there are some character lists below, wherein we have differentiated them based on how they play the game solely.

To make the gameplay more interesting, multiplayer is a better option, as it adds value. Still, the player should also be aware of how to maximize the value and how the other members are willing to help you throughout.

Along with excellent mobility, the loader even has high damaging fists. The barriers created in the gameplay can be soaked up quickly by the loader, as it can give a considerable amount of damage. One can even swap some of her ability and make it more powerful.

This character of Risk of Rain 2 requires some practice, as we have seen some downside regarding the defensive gear through which there will be issues with health and speed.

Some of the players have said that this character is a bit slow, but if considered wholly, the engineer is the best character in the whole gameplay, except the monsoon difficulty.

This character can’t be used under challenging levels, but what we liked about the character is its inherent healing part through which he can fight for a more extended period.

Though the engineer lacks the rapid-fire main attack, the mobile, and stationary turrets create a unique strength to the character. There are some more issues related to the bubble shield, as it can create a problem when used against flying bosses. But if the player is unable to maintain the turret’s health, this can’t be used for monsoon difficulty as it can create terrible situations.

Huntress has an excellent power to deal with hordes of enemies at a single time. The character looks delicate, but she has the best safety kit with her. Her attack can give a lot of safety.

The second best feature is the auto-lock main attack, which is just double-sided. Thus the player can block out anything which comes in between them and the target. Moreover, it allows the player to focus entirely on the target and be confident throughout the gameplay without any damage.

Although if you pile up useful items like lunar coins on her at an early stage, then you can surely have some good time with her. Lately, with the right items and skills, the player can get the best out of character.

This character was released at the release of Risk of Rain 2, and from that time itself, it was the most popular and in-demand character of the gameplay.

It can be even said to be the best character to use in the most challenging gameplay, and by this, we also assure that it’s best for monsoon difficulty.

When kept this character at a high difficulty setting, then it becomes easy to melt all the bosses. Through this, only one can think of how powerful this character is, as bosses are adamant about playing.

Instead of group damage, Mul-t is superb with single target damage, and it also works well when combined with any item.

Moreover, the characters work best with tank items and damaged items that may come in between the gameplay. Unlike other characters, the water can carry two types of equipment simultaneously to double the damage or double the life if anything goes wrong.

What’s more interesting about this character is how uniquely it plays the whole gameplay, and it’s best suited for monsoon difficulty, too, because of its uniqueness.

If you think or have experienced the worst while using this character, then it’s all about luck with items. With the unique gameplay, this is the only character who can tackle melee attacks.

Apart from all the above skills, Mercenary even has excellent mobility and best defense. A player can use these skills to damage or to counteract enemies. The alternate attack skill can help the player to get the best out of character.

And if the player gets lucky enough, then they can face fantastic runs with the character. It takes time and patience to master Mercenary, but then it’s completely worth it at the end of the day.

However, if you have encountered any problem with this character, it is because of the generosity of the game towards you.

At the release of Rex, the character didn’t get much popularity, but after that, it ultimately turned out to be a powerhouse. We highly recommend this for monsoon difficulty because of its best abilities.

The character deals itself with damage in the best way because of its fortunate self-sustaining ability.

Yet the character is quite bad at mobility, but it can be forgiven if the player has the right item piled up before the start of the game.

Lately, this is the best character for those who aren’t looking for just a role to master on.

Commando is the most underrated character in the whole gameplay, but considering it as a bad one, can surely be a loss.

The character comes with an adaptable kit with a built-in stun, built-in dodge, and the best survivability one would ever ask for. Hence, one can even say that this character has the right items.

These items will allow the player to do good damage to the enemies, so it’s better not to under shell it, and yeah, it can be used monsoon difficulty too.

All the gameplay items are essential so that the character can use all the items at its best. There were changes done to Artificer, and because of that, it became more robust than ever, and it gave the best output compared to others.

Some of the players claim that there are more challenging plays than monsoon difficulty, but what we have seen in this difficulty is the maneuverability issues, and they can get devastated with enemies. Hence that was out best pick of characters one can use at the most challenging times. 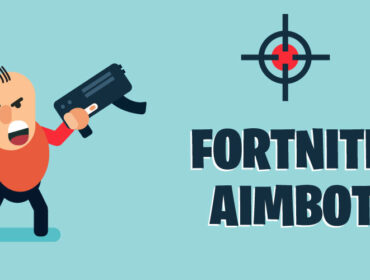 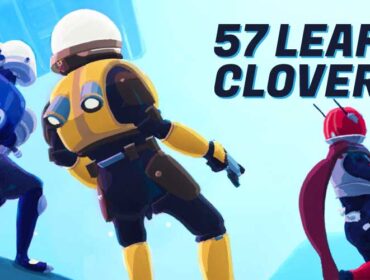