Home
Guide
Risk Of Rain 2 : How Does 57 Leaf Clover Work

Risk of rain is among the best role-playing video games available across various platforms like Nintendo Switch, PlayStation 4, Microsoft Windows, and Xbox One.

In this game, there are different levels wherein the player has to kill enemies at every level to progress to another level.

The game is quite exciting to play, as the players are asked to locate teleporters, and defend themselves from aliens and bosses until the teleporter is fully active.

The player gets to experience and currency by killing aliens on each level through which they can collect a wide range of boosts. The Risk of Rain 2 features a 3D environment to make the gameplay more competitive.

In the Risk of rain 2, the 57 Leaf Clover is considered a legendary item, and it’s one of the rarest items one can get. And because of so much rarity, it becomes difficult to get this clover.

To get this clover into your logbook or the rotation of items, the player needs to go through 20 stages in a single run, and it’s undoubtedly not everyone’s cup of tea.

The challenge is to make 20 teleporters and face it all off against the boss. Once the player survives all the goings and chases every level of difficulty, a new challenge approaches them.

This clover can’t be achieved by the first run itself, as it requires lots of patience and tricks and a good time as well. Moreover, the player is even necessary to build its logbook by other items and try to find out which character is suiting the way they are playing and who will help them achieve the best out of the levels.

There are different ways through which players can progress their chances of succeeding. And the most easier and trickiest of all is to invite a couple of friends to help you out with the game.

When players play in a group, they work together towards a goal. There are not many hordes of enemies on a single player; in simpler words, teamwork will give better results than playing it all by own!

What can someone do, by the Risk of Rain 2 57 leaf clover?

After too many struggles, if you got your 57 Leaf clover, think how important it is, because it can do amazing things for you in the gameplay.

The leaf clover will help the player to get every item they desire, but even there’s a second chance given to the players who have not succeeded at first.

Now, as it gets complicated to understand, hence for example, if you have the Lens-Maker’s Glasses equipped, the character will give you a 10 percent chance to land a critical hit against any enemy.

But as the opportunity is just ten percent, the player can even expect that they will not be able to land a critical hit against the enemy.

And in most cases, players even reported that they were not able to activate the item, and hence it became difficult for them to land the hit. Here comes the significant role of 57 Leaf clover; through this item, the player gets a second chance to hit the enemy.

There is no hard rule or steps to activate the second chance, as when the Lens-Maker’s Glasses rolls at first and doesn’t succeed, the player automatically receives a second chance to get a critical hit. This clover doesn’t work for a single item; instead, the player can use it for every item the character has been equipped with.

But most of the players get in the dark as they think that the 57 Leaf Clover will help them to double the statistics of any equipment, which is wrong.

For example, in Lens-Maker’s Glasses case, there was already a chance of a ten percent critical hit for each roll. The clover gives a second chance during every hit.

But, if the item succeeds in the very first chance itself, the clover doesn’t get activated, and the second chance is given to those who haven’t succeeded in the first roll itself.

Like all other items in Risk of Rain 2 Tier, the player can even pile up the 57 Leaf Clover. The working of the clover is quite easy; if you are stacking more clovers, the number of other rolls increases too.

For example, if you have two clovers, then the chances of rerolling double up, and that’s how the player gets even more equipped.

Lastly, the 57 Leaf Clover is an incredibly valuable item, and to get such an item, ask out all of your friends to join you in this exciting game. 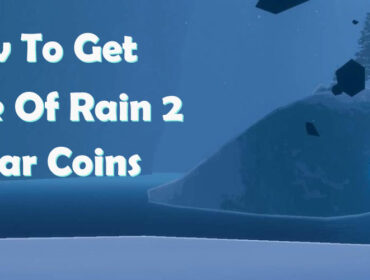 Risk of rain 2 is a third-person shooter game. Hopoo Games developed it, and the publisher of the same was … 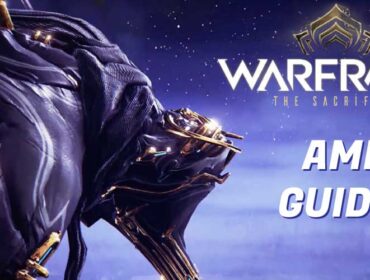