Home
Guide
How To Get free Xbox Game Pass 2021

‘Netflix of video games,’ in the words of Microsoft, free Xbox Game Pass offers the gamers a Netflix-style subscription service, but of games. Xbox game pass provides its subscribers access to a library of games. There are more than 100 Xbox games and backward compatible Xbox 360 titles, both at $10 per month.

Xbox game pass also offers a free trial period of fourteen days to get the customer started. Usually, the gamer pays separately for each game they want, Xbox game pass provides an extensive catalog, with promises of new updates, with unlimited access for its subscribers.

Unlike Netflix, the games are not merely available online, but with the Xbox game pass comes the prospect of downloading different games. These games are available to your hard drive without raising the risk of losing visual fidelity.

Xbox Game Pass is an entirely separate program subscription program, and the gamers do not need an Xbox Live Gold subscription to subscribe to the former.

The subscribers of Xbox Game Pass are usually PC gamers. They can play Xbox games like Sea of Thieves anywhere without a purchase. However, they need to have an Xbox Game Pass subscription available on their Xbox console.

Xbox Live Gold can be considered the greatest gamers community, even better than Sony’s PSN, which provides the most advanced multiplayer network for its subscribers. Xbox Live Gold will provide its subscribers with the best experience for cooperative and competitive gaming on Xbox One console.

Related: All You need to know about Xbox Enforcement

The subscribers will also get access to play two to four free games every month, provided the gamers with active Gold membership are required to play these free games they have redeemed. These free games sometimes even include backward compatible Xbox 360 games to play in your Xbox One.

When the gamer sign up to Xbox Game Pass Ultimate, other plans the member is currently subscribed to are automatically updated, and the old one canceled.

Since being a member of Xbox Game Pass seems to be the deal, let’s look into how to get it for free. The easier way to acquire a free subscription is to make use of the trials. Along with that, there are special bundles that offer Xbox Game Pass at a discounted rate. Taking advantage of These deals will help gamers to save money.

As mentioned above, Xbox Game Pass offers a free trial period of two weeks before someone has to subscribe as a new member. The gamer can always cancel the subscription before completing the two weeks if they don’t want to continue paying money. Canceling before the completion of two weeks makes sure no charges are incurred.

The gamers will get a free Xbox Game Pass if they purchase Kellogg’s products.

This can be included in the list of marketing techniques beneficial to gamers. Specially marked products of Kellogg can get the players who buy it free entrance to the Xbox Game Pass. This is the right way that helps in saving the subscription fee, especially if the gamer is someone who buys Kellogg’s products usually.

The purchase date of these products must be made on or before 31st December 2019 and must be submitted before 30th January 2020. The winners will have till 15th of February 2020 to redeem their free Xbox Game Pass access.

Redeem old codes that are yet to be made use of.

The long list of free trial codes that are given on many websites may sometimes work if they are not redeemed already. This is not an advisable method. But this works when it comes to getting free Xbox Game Pass trials.

Use Bing to search instead of Google

Microsoft rewards the user with points for searching using the Bing search engine. It also gives you an additional point if the user uses Microsoft edge. Use these search engines and convert them into subscriptions using the exclusive deals offered by Microsoft.

The latest service made available by Microsoft to its Xbox game pass Ultimate subscribers is the xCloud Game Streaming service. It enables the users to play Xbox games, even if they don’t have console hardware.

With this new service, Microsoft has upped their gaming experience by directly streaming the game experience into the users’ tablet or smartphone, over an internet connection, without having to own a gaming console.

Xbox game pass and its successors are a great addition to the day to day life of gamers. With an extensive collection of games and excellent multiplayer access and various other perks, Microsoft has made the world of gaming quite unusual.

The users of Xbox tremendously welcome the new additional features of Microsoft in their Xbox series. At this age of gaming where the real world and virtual world of gaming are interconnected, the Xbox users are painstakingly waiting for each update that Microsoft is giving to their consoles. 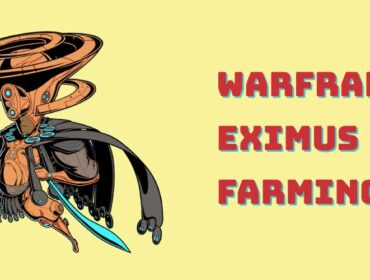 Last updated on March 31st, 2021 at 09:35 am Warframe is an action role-playing game composed by Keith Power and George … 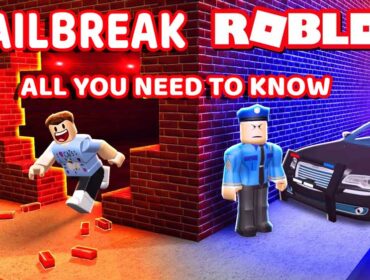 Last updated on March 31st, 2021 at 06:53 am Roblox Jailbreak is one of the most successful Roblox games that …