Home
Guide
How To Find A Village In Minecraft [ Verified ]

As per the latest reports, Minecraft enjoys 126 million active users every month, as of 2020. It has sold almost 200 million copies across various platforms.

This game is all about exploring a 3D world where the players need to extract various sorts of raw materials and craft tools along with building and designing complex structures.

They ao have to fight with the digital enemies known as ‘mobs.’ The players can fight with various other players and play with them as a team in this gaming world.

In this article, we are going to discuss an essential aspect of the Minecraft game, which is Minecraft Villages. This element involved a lot of thrilling experience and various essential gaming elements, which makes the game even more exciting and adventurous.

A Minecraft village features various buildings and structures, which are known as village centers, and the players must create their villagers, which are loosely based on the number of beds which are available in a particular village, along with fishermen, butchers, clerics, armorers, and farmers. But the real challenge is faced by the players in this part of the game.

Easily Find A Village In Minecraft

To mention the most important fact that finding any village without any online tool can be a lot more time consuming and requires much effort. Finding a village can be tricky to possess, but we will list some of the best possible methods that the players can adopt to progress in their survival world easily.

Another very essential and interesting aspect of the Minecraft Village is Biomes, which are various regions included in the gaming world characterized by different geographical features like temperature, sky variants, flora, heights, humidity, and ratings.

In Minecraft, the villages are generated naturally in different Biomes.

The style, the form, the architecture, and the characteristics of each village is based on its respective Biome. In common features, they include two or more huge structures, with houses and farmlands. The villages in Biomes also include villagers, farm animals, cats, foxes, and other species.

It is critical to mention that no specific or special method can be used to locate villages faster in Survival Mode, but the players in this situation can do village Spawn Seeds.

In the recent Village Updated Versions, people witnessed that the new village layout was spawned in their original place of the previous version of ole village layouts.

This can happen if the players use the same world seed form 1.14 version. It was then successfully tested by using various third-party tools. Though the structures and blocks are different, yet it becomes easy for the players to locate the Villages in Biomes in an efficient manner.

The players can use the following tools if they have a game in the Survival mode.

These tools help in surviving and increases the chances of winning the game.

Now comes the alluring part of Console Command and Cheat Codes Condirreing Console Commands as random strings or words and characters can be a mistake since they solely can change the entire gaming mechanics.

The Console Commands and Cheat Codes can be used to kill the enemies around the players in no time.

The Console Commands in the Minecraft game are really easy to access. When players create a new world, they are prompted to choose whether they would like to use cheating.

Once the permission is granted, the players need to press the C key, which brings up the Command Bar. Here the player can input their desired Cheat Codes and Command.

When entering any sort of command in single-player mode, the player must prefix it with my forward slash ‘/.’

First, we will list some of the very best shortcuts (shorthand commands) that the players-

The player can revert this by typing false instead of true.

For any more further help, the potential players can visit the following sites

MineAtlas is a sort of biome map for the players, which helps them to find villages, slimes, oceans, and monuments.

Through this site of ChunkBase, the player can easily use and navigate seeds. The players can also access this site for finding villages.

Finding Villages With The Help Of Iron Golems

Iron Golems are powerful characters in the Minecraft gaming world. The Iron Golems are regarded as the protectors of Villages and are players constructed in nature.

They spawn with a village and can be summoned by the players if they follow a specific set of rules. They can be expensive but are totally worthwhile since they are efficient and essential for protecting the village and the villagers.

How To Summon Iron Golem

Trading in Minecraft Villages is another very amusing part of the game. The player can obtain and secure various important and essential resources by trading with other villagers or players, by using 'Emeralds' as the currency.

In order to increase the overall currency, the players can also trade unwanted items with other villagers.

How To Trade With The Villagers

For conducting and undergoing a smooth trading process, the players must follow these following set of simple steps

These are some of the essential elements and aspects of Minecraft Villages, which can be accessed and enjoyed by the world's players.

The players can ace this game with their abilities if they are equipped with the right type of knowledge and information.

Last Updated on March 31, 2021 On the desolate plains of Eidolon, night has fallen, making the plains colder and … 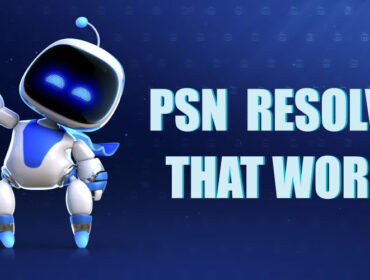 Last Updated on November 16, 2021 The PSN resolver’s goal is to find the addresses of network gamers. It translates …