Home
Guide
How To Earn Free CP in COD Mobile

Here we are going to talk about one of the most intriguing and exciting game currency “free CP“. Published by Activision, Call of Duty is an amazing first-person shooter game, which is loosely based and set in the era of World War II.

The latest updates and modifications were changed into other variations like the Cold War, The Outer Space, and The other Futuristic World. This game is smooth and is mobile adoption of the console game.

It can be accessed and played without any hassle. It blurs out the lines between a console game and a mobile.

In this article, we are going to discuss one of the essential elements of the game Call of Duty, which is COD Points, also known as CP.

Contents hide
1 So what are COD Points/CP, and why are they so crucial for this gameplay?
2 Ways To Earn Free CP in Cod Mobile
2.1 Earn Through Battle Pass
2.2 Participate In Various Events
3 What We Can Do With The Cp And Cod Points
3.1 Advise On Free CP Mod And Hacks

So what are COD Points/CP, and why are they so crucial for this gameplay?

In the game Call of Duty, there are two currencies used by the gamers. The moment you start playing the game, you will notice the credits and the CP. So the Credits are the reward points which are earned by playing the Multiplayer and Battle Royale Matches.

When the player ends and wins a match, he receives some reward as Credit Points. As the level in the game increases, the Credit Points are also increased.

On the other hand, the COD Points or CP are the premium in-game currency. It appears at the top right corner of the game, and the players have to undergo specific steps and methods to increase and earn their CP.

The first and the most efficient way to earn free CP is to get the Battle Pass. There are various choices available for the battle passes. One of these is absolutely free battle pass, which means it can be availed without any expenditure made.

The other one is the Premium Battle Pass. To obtain this pass, the players have to speed 800 CP or COD Points. There is one more pass, which is known as Premium Pass Plus, which can be availed for the price of Premium Battle Pass along with 25 tier ships.

So once the player has obtained the battle pass, all he needs to do is to complete all the daily and weekly tasks.

It will improve the rank of the player. Once the players start entering into the higher tier, more COD points can be earned by them. And the moment the player enters the 93rd tier; he will receive 800 COD Points.

After purchasing the battle pass, the players can earn as much as 4000 COD Points. If the players don’t want to purchase a battle pass, they can directly buy the CP, by participating in all the limited time COD events. Don’t forget to log in every day. It will fetch you 500 Credits.

Another very easy way of getting the free CP is to try for the events which are played in the game. There are a lot of events that are actively enjoyed and played by thousands of gamers. One of these events is presented by the publisher Garena. With these types of events, the player can receive the credits very easily.

The players can check the events tab from the main menu of the game. When going through the vent tab, the players can get to know about the ongoing and future events and what kind of reward they will be getting, if the players win the battle and achieve the mission.

The rewards can be of the various type, including weapon skins and items, and curse the credits.

To earn the CP, the player has to complete the assigned mission under these weekly and daily challenges. When a player wins the weekly challenges, he can receive various rewards such as CP and supply drop crates.

Thus these were some of the methods through which the potential player can receive the free Cp and Credit Rewards. They can also achieve CP with some other methods like Gift Cards or taking online surveys.

What We Can Do With The Cp And Cod Points

CP and COD are essential in the Call of Duty. They can be used for the following ways-

It is critical to mention that the players should not use any hack or mod for Call of Duty mobile since they can seriously harm the authenticity of the game. The players should adopt the real and legal methods of achieving the CREDIT and the CP points in the games.

The players can face some serious issues like lifetime ban if the creators find them involved in any illegal gaming activities. So it is wise to access the real and legal modes of playing and acquiring the reared in the game.

Call of Duty is addictive because of its graphics and gaming mechanism. Many potential players are actively involved with this game from the very beginning.

The points mentioned in this article will surely help the players and gamers enhance their gaming experience with some of the best techniques for achieving the rewards and the CP points.

Last Updated on November 17, 2021 In the world of video games, people have heard the name of Free Fire … 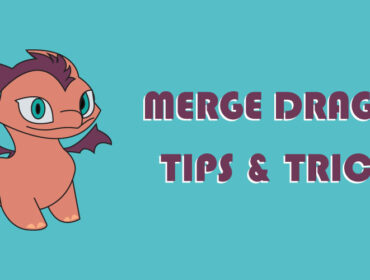 Last Updated on March 31, 2021 Developed and launched by Gram Games Limited, Merge Dragon is an exciting game that …